In the decision of Bauer v. Ready Windows Sales & Services Corporation, Case No.: 3D16-1171 (Fla. 3d DCA June 21, 2017), Florida's Third District Court of Appeals was tasked with reviewing entitlement to appellate attorney's fees claimed by both parties, where both parties had filed competing motions seeking recovery of appellate attorney's fees pursuant to Rule 9.400 and section 713.29, each taking the position that they were the prevailing party after each having won on some issues but having lost on other issues.

Florida's Third District Court of Appeals denied the motions for appellate attorney's fees as to both parties. The 3rd DCA held while both parties prevailed on significant issues, neither party would recover appellate attorney's fees. Here, each party lost on their appeal, while each party successfully defended that part of the judgment in their favor on the other party’s cross-appeal.

As support for its finding, the appellate court cited the Florida Supreme Court's decision in Prosperi v. Code, Inc., 626 So. 2d 1360 (Fla. 1993), which set forth the "significant issues" test:


We acknowledge the supreme court's recent opinion in Moritz v. Hoyt Enterprises, Inc., 604 So. 2d 807 (Fla. 1992), in which it held that the test for determining who is the prevailing party for purposes of awarding attorney's fees in a contract action is 'to allow the trial judge to determine from the record which party has in fact prevailed on the significant issues tried before the court.'

Notably, this test provides the court with discretion "to consider the equities and determine which party has in fact prevailed on the significant issues." Prosperi at 1363. The "significant issues"  test was later applied in Trytek v. Gale Industries, Inc., 3 So. 3d 1194 (Fla. 2009), where the Florida Supreme Court held the Prosperi/ Moritz "significant issues" test is the appropriate test to determine the issue of "prevailing party."

After consideration and application of the "significant issues" test to the Bauer v. Ready Windows Sales & Services Corporation matter, Florida's 3rd DCA found that both parties prevailed on significant issues, resulting in a finding that appellate attorney's fees would not be awarded to either party. 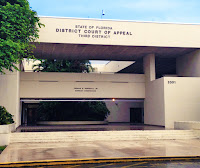 June 13, 2018
It is a common misconception in Florida that insurance settlement checks are due 20 days after an insured submits an executed release. Florida Statute 627.4265 states:  627.4265 Payment of settlement.—In any case in which a person and an insurer have agreed in writing to the settlement of a claim, the insurer shall tender payment according to the terms of the agreement no later than 20 days after such settlement is reached . The tender of payment may be conditioned upon execution by such person of a release mutually agreeable to the insurer and the claimant, but if the payment is not tendered within 20 days, or such other date as the agreement may provide, it shall bear interest at a rate of 12 percent per year from the date of the agreement ; however, if the tender of payment is conditioned upon the execution of a release, the interest shall not begin to accrue until the executed release is tendered to the insurer. This statute makes clear that, where a writt
Read more

May 31, 2017
By Karma Hall, Esq. On May 31, 2017, Florida's 1st DCA was asked to resolved alleged inconsistencies in prior holdings involving the question of whether a nominal proposal for settlement offer can be made in good faith. In Taylor Eng'g, Inc. v. Dickerson Fla., Inc. , Case No. 1D15-4782 (Fla. 1st DCA May 31, 2017), the Appellee, Dickerson, argued that the Taylor's proposal for settlement was a nominal offer that was not made in good faith, and for this reason the trial court should disallow an award of costs and attorneys' fees. To support his argument, Dickerson pointed to § 768.79(7)(a), Fla. Stat., which provides: If a party is entitled to costs and fees pursuant to the provisions of this section, the court may, in its discretion, determine that an offer was not made in good faith. In such case, the court may disallow an award of costs and attorney’s fees. The 1st DCA disagreed it made inconsistent rulings concerning the standard in determining whether a n
Read more